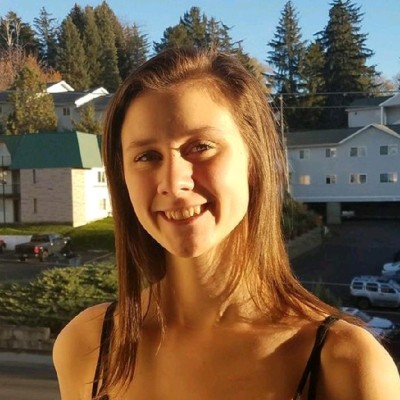 Miranda Hansen is a Digital Technology and Culture alumna who is currently working at Campfire Data Analytics. Before securing her current position she worked as an SEO Contractor for CDK Global. During the pandemic, she got laid off and started a 9-month long job search to find another position, which she says was a difficult time.

To document her struggle to find a new position Miranda wrote an article which talks about her time job hunting for her LinkedIn profile. In this article she states that at first she saw her job loss as an opportunity to find something that suited her, but as the months passed, summoning enthusiasm to continuously start applications over and over again from scratch became exhausting. The interview process for her current job was much more understanding, and she says that she started to feel more like a person again. She thanks Campfire Data Analytics for asking her who she thought could be rather than taking her resume at face-value. She is also grateful for her support system made up of her family and friends that helped her get through this difficult time. To encourage others in their own searches Miranda concluded her post stating that: “If anyone out there is feeling like they can relate a little too much to this post, all I can say is don’t give up hope. You got this.”

Data analytics was not a job she considered while she was at WSU. Miranda’s previous experience related more to marketing, despite having some data analytics elements at times. However, while she was applying for jobs she thought: “why not?” Despite it not being one of her previous considerations, it ended up being a good fit for her interests in analytical thinking and investigative problem solving.

Currently she is working hard making dashboards of analytics data for different clients. These dashboards help companies such as Starbucks and Microsoft figure out how many people are visiting their websites, get more brand name recognition, analyze data to help companies reach customers, and hold onto customers so they keep coming back to their brand rather than another choice.

In the DTC department she says she has acquired a diverse set of skills that helped her transition from a career in marketing to data analytics without being intimidated by the unfamiliar territory.

Outside of work, Miranda keeps busy with her many personal projects. One of her favorite projects was when she worked on a project called ARscape which is software that allows people to draw something and press a button to extrude it into a 3D image visible on their camera. You can check out more about Miranda’s projects on her personal website.